This is the first part of a curriculum for training in a Western Martial Art based upon the historical system of Fiore dei Liberi.

Most people associate Martial Arts with the East – Karate, Kung Fu, etc. – but are totally unaware that the West, and in particular Europe, has a very rich martial heritage. In many ways this is understandable as Eastern based Martial Arts have captured the imagination of most people and the West has only tended to retain promote its martial heritage through sports such as boxing, wresting and fencing.

Many Western based Arts have remained mostly dormant for hundreds of years, but are now coming back to the fore due to the hard work of several leading Martial Artists and Martial Arts Schools. As these Arts are historic in nature they are often referred to as Historical European Martial Arts (HEMA) to distinguish them from the wider, yet encompassing, Western Martial Arts (WMA) that also include boxing, wresting and other forms of Western based Arts.

In the early 1990s a new Martial Arts school was formed. As it was outside of the, then, expected Martial Arts community it was born with the name The Exiles. This new school solely focused on the Arts that had originated within Europe and in the late 1990s began to practice solely with the work of one late medieval Master – Fiore dei Liberi.

The system of Fiore dei Liberi covers a large area of combat from unarmed, through dagger and sword and onto pole arms and horse back combat. Rob Lovett, a founder of The Exiles and both lead interpreter and instructor, took the remaining work of Fiore dei Liberi and turned it into a living Martial Art with a structured curriculum. This curriculum moves students through several stages of training and this work cover that first stage. In acknowledgement of the historic background this work has been called ”Primoris”, or “First” in Latin.

One of the primary reasons for choosing the system of Fiore dei Liberi is that it is very complete. The large body of surviving work encompasses all the primary technical elements for a someone to go into combat within the late medieval period. The system has most effective and combat orientated principles that cover the main combat areas of:

Although it contained a large amount of martial information, the system has required a large amount of work to turn it into a modern day Martial Art. This is not surprising as Fiore dei Liberi wrote his original manuscripts 600 years ago for a readership that was already well versed in many of the martial principles that his built his system upon.

The result of all this hard work is that this is very much a living Martial Art and also an enjoyable subject for anyone interested in the medieval martial forms and weapon use.

Sword in one hand
Posted in .

Login
Accessing this course requires a login. Please enter your credentials below!
Lost Your Password? 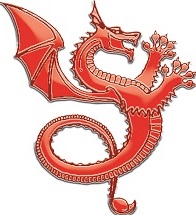